This is awesome! These sea lions are having a blast surfing the giant wave. Taken off the coast on Santa Barbara Island, California, this is crazy cool footage.

This is part of the Pacific Offshore Expeditions. Watch as these sea lions take the waves, jump out, and dive back in.  It’s a rare catch to get this on video.

The Corporate Welfare – A Gift To Executives

Through last year, fossil fuel subsidies in the US amounted to $20B.

These are direct subsidies from the Federal and State governments.

Direct. This does not include the virtual “give-a-way” of mining and drilling rights on Federal land or other indirect subsidies.

Now the energy department is going to additionally subsidize energy producers to stockpile coal to the tune of about $15/tn. They don’t need it, just store it near their power plants.

Coal Power Is Being Shuttered

Meanwhile, we are taking coal-fired power plants offline at a record pace – or converting some to natural gas. Natural gas and renewables are cheaper and power companies are moving over.

Three plants alone in Texas supplied power to about 4M homes. They don’t need the capacity from coal anymore.

That’s just over half the closures for this year, amounting to 7.8k MW. In 2015 and 2016, 18k MW and 13k MW were taken offline respectively. Next year, another 13k MW of coal power is expected to be removed.

So, the coal mines are still closing. As the industry sheds jobs, the renewable power industry is creating new jobs.

Meanwhile, as the administration wants to sink dollars into a dying coal industry, they are seeking to reduce or eliminate subsidies for renewables, which are generating new jobs. If you don’t believe in any subsidies, great. But, you can’t rationalize the President’s energy priorities in any way that makes economic sense no matter your thoughts on subsidies.

The President’s policies take money from the people who voted for him and gives more money to the executives running companies in dying industries. 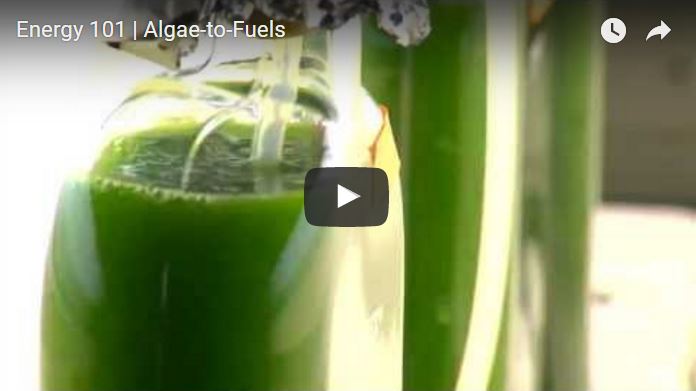 There is a lot of talk about alternatives to fossil fuels. We hear a lot about wind and solar energy and storing electricity in batteries for cars and even meeting the needs of larger building with batteries.

Direct solar energy to electricity through photovoltaic solar cells is gaining traction, but there are obvious issues with the uncertainty of direct sunlight. Certainly we have the option to store energy in batteries as Elon Musk is championing. But the production of batteries and their subsequent disposal can have negative effect on the environment and peoples’ health.

There are other options, such as storing the sun’s energy in fuels that can be used later.  Below are two of many methods being explored to do this.

Turning Algae into biofuel provides a relatively carbon neutral fuels source. As the algae being used takes carbon out of the air as it grows, and then cycles it back into the air. Watch to the end of this video and you’ll see that they are considering ways to recapture the carbon directly from the power plants to use in growing the algae. Pretty cool ideas.

The other way is more in the idea stage. What if we can literally turn sunlight into an storable fuel source, as is done in photosynthesis. The concept is being explored and may be a viable option. However we proceed, exploring the alternatives of multiple paths will lead to several ways to meet our future energy needs.